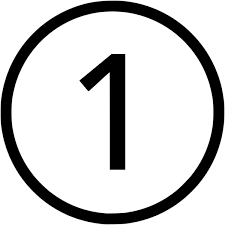 If the quickest way to a person’s heart is through their stomach, the quickest way to their head is probably through their wifi. The Office for National Statistics 2016 report on Internet Access found that 82% of adults accessed the web on an almost daily basis, a 4% increase from the previous year and 47% in the last decade.  There has also been a shift in the way that the internet is accessed with 71% of people using smartphones and other mobile phone devices, up from 53% in 2013, and this is now the primary mode of usage with only 40% using desktop computers. The second most common activity performed on the internet, after sending and receiving emails, is information gathering of goods and services. Investigating health-related information saw a 33 percentage points increase from the previous year to 51%.

Digital technology has changed the way that information is shared around the world and these figures would suggest a craving for accurate information about health and health-related services available at your fingertips. However as with many aspects of the internet, sources regarding health and nutrition are frequently misinformed, subject to personal bias or blatantly inaccurate.

As Allied Health Professionals we can play a key role in improving the quality of information that these groups access but engaging the public effectively in this domain requires us to adopt the communication styles utilised by web users. Social media platforms and common online practices offer the opportunity to creatively deliver and spread evidence-based information.

This is the first of two blog posts about spreading information in the digital space. This article focuses on potential ways of creatively engaging the general public through the generation and collation of online resources, and online marketing techniques. Next week will focus on getting your message seen by large numbers of people.

Blogging offers an opportunity to provide evidence based information in an informal and non-intimidating way. This provides a stark contrast compared to academic journals, which can be daunting to laypersons, and traditional media, which can often provide misleading and contradictory information.

Blogging also usually puts a personal perspective into a topic which adds to the informal nature and can put the information into a practical context for the reader. They can also contain graphics and videos which further illustrate the messages they want to get across. As blogs sit in the digital space they can be accessed at any time and shared by the professional and the reader via social media, with the potential to educate millions without the need for referral to a service. This creates a dynamic and interactive resource and this is one of many online tools which has the potential to make paper leaflets obsolete. 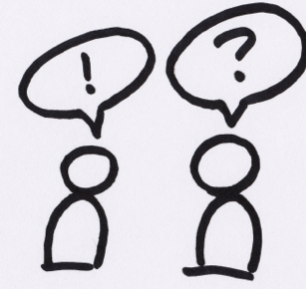 Some websites use a phenomenon known as ‘clickbait’ as a means of enticing users to their sites. This is content which is so alluring as to be difficult to resist clicking on the link. Sites that employ this tactic usually have a high advertising to content ratio which users can find irritating, however the technique is undeniably effective and could be used to attract readers to health-promoting articles. Examples could include:

Created content could be scheduled to fit with certain times of the year, like the winter example, or with events, like World IBD Day or National Obesity Awareness Week, to optimise their effectiveness and provide maximum awareness of an issue.

Another popular technique which translates well to blogs and social media are Life Hacks. Life Hacks provide novel practical advice to people and are popular because they tend to show  ways of using everyday items that are simple but most people would not have been able to imagine. One of the most difficult areas of advice giving is translating complex scientific theoretical knowledge into practical suggestions which fit in with an individual’s way of life. Collating and creating pieces of simple practical advice, framing them as Life Hacks and hosting them within a blog page would help empower patients to choose the advice that best fits their lifestyle. The example shown is a life hack that could be used for healthy eating on a budget and, for Dietitians, think how much easier the ENFit transition could have been with such resources. From lifehack.org

Life hacks can also be a good way of engaging service users as you can encourage them to create their own and then, for the ones which are safe and reliable, your service can promote them using social media streams (Twitter, Facebook, Instagram etc). This prevents the burden of creating such content falling solely onto healthcare staff. People also tend to be more compliant with advice when they feel that it comes from someone in a similar situation to them, than they do from a perceived authority figure. 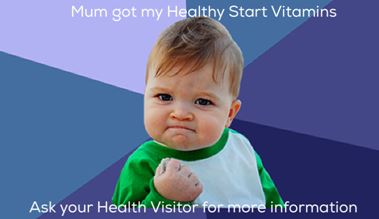 A similar way to creatively engage and educate the pubic are memes. Memes are a good example of the way that information spreads through a society. Traditionally they are ideas and  behaviours which are passed from person to person and are believed to proliferate and evolve in a manner similar to population-level genetic expression. Modern memes in social media are depictions, usually involving both images and words, of societal opinions which reflect shared experiences or ubiquitous attitudes and beliefs. These provide reference points to which other members of a community can relate and ultimately can result in the bonding of members without the need for personal acquaintance. These have become popular cultural tools because they are easily digestible, often humorous and are in a good format to be readily shared via social media. As such, the images used in memes are frequently reproduced by others with new tag lines reflecting a similar theme or emotion. This convention provides the opportunity for healthcare professionals to use recognised memes to access social consciousness and be advocates for our agenda.

Memes have the potential to go viral and can be a useful way of raising awareness of an issue as popular ones will be seen by millions of people in a short space of time. If used effectively they could be powerful tools to engage the general public, using a format in which they like to communicate, as well as facilitating bonding both inter- and intra-professionally with relatable experiences.

The above are examples of how health professionals can create and share evidence-based practical content in an engaging way for service users and the general public, moving away from the more static paper-based medium.

Check in next week for suggestions on how to share and signpost to appropriate content created by third parties, and how to get your message to reach a large number of people in the digital space.

For Allied Health Professionals in Scotland. Driving quality & transforming care across health and social care. View all posts by AHPScot